On a drizzly Tuesday morning in AnywhereWorks’ Edinburgh hub, there is a buzz of people collaborating around us as Ben Walker, Creative Director of design agency Firefly, sits down for a chat about working from Anywhere.

From a young age, Ben was always interested in art and talks about enrolling in an art and design course at the Borders College in Hawick.

‘From doing that, I was a little bit frustrated that I wasn’t quite at the level of some other students,’ he says. ‘There was a guy there who could draw a picture of you and it would look like a photograph. I never got to that level with my drawing ability.’

It wasn’t until Ben started a graphic design module that he discovered his speciality. With access to new tools like the Adobe Suite, Ben realised he could align elements perfectly and create beautiful, mathematically-accurate designs. 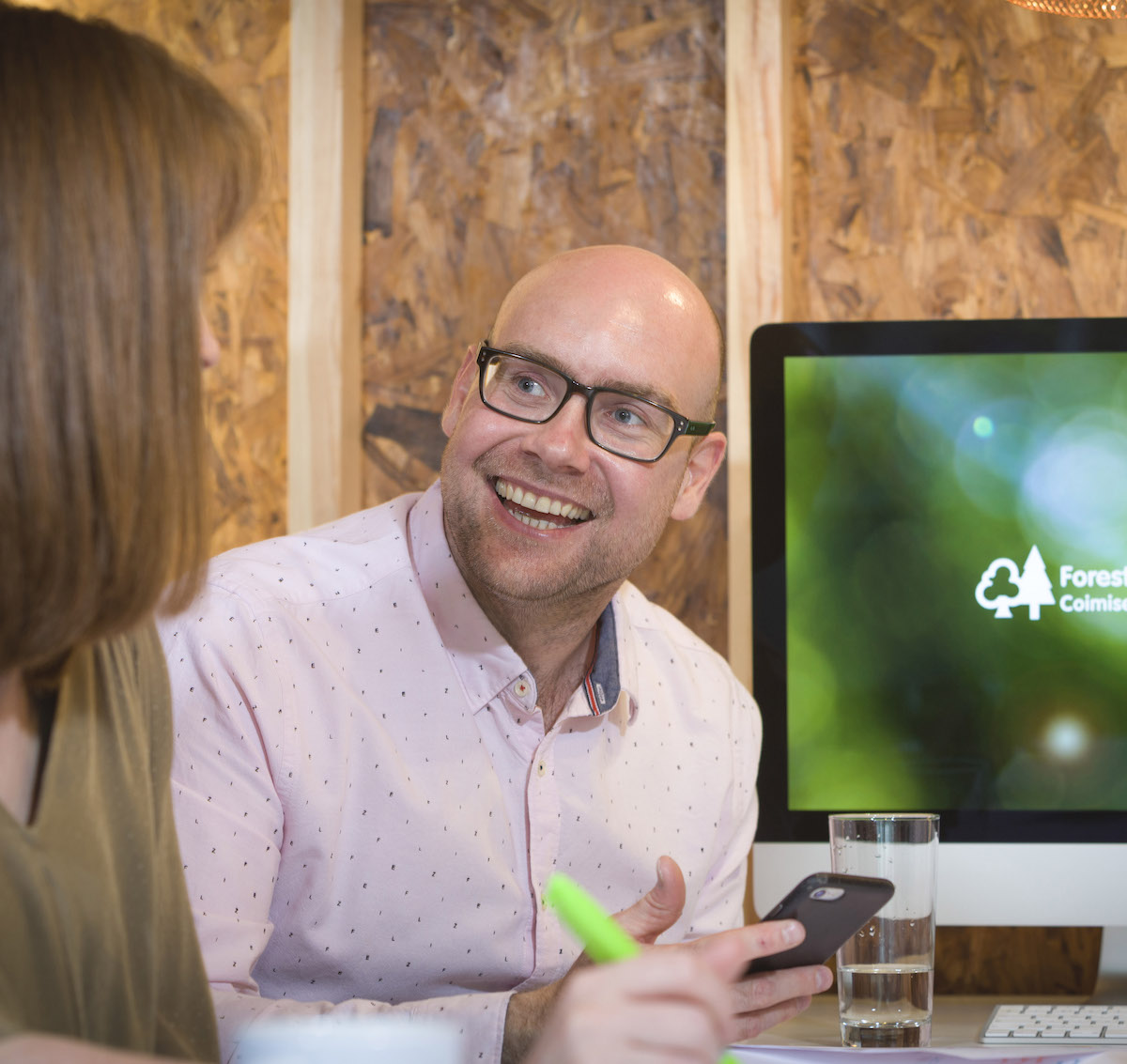 ‘I like things to be perfect and I found that, in some forms of art, it was difficult to achieve that,’ he says. ‘I liked to sketch logos when I was a kid, so that was what pushed me to go and do an HND Graphic Design course.’

In such a competitive industry with hordes of fresh talent coming out of college and university every year, Ben made the wise decision to get plenty of extracurricular experience under his belt. Since Ben had already completed internships at creative design agencies, he had a foot in the door to secure a job with them when he graduated.

After working with various agencies in Edinburgh, the time felt right for Ben to set up on his own.

‘I freelanced for about four years in Edinburgh and that was brilliant,’ he says. ‘When I was freelancing, I developed a bit of a client base of my own and I moved to solely work for my own clients under Firefly.’

THE METAMORPHOSIS OF FIREFLY

In 2014, Ben launched Firefly, a creative branding and digital design agency based in Edinburgh.

Firefly started with Ben working independently and collaborating with other creatives in a co-working space. As the rate of work snowballed, he pieced together his own team and they moved to their own premises in Leith. Today, the team offers a suite of creative services from website design and advertising to design for print and video production.

‘We really like having our own space and working with Michael [AnywhereWorks’ Founder] has been brilliant in pushing us to implement things that can help reduce our carbon footprint,’ Ben says. ‘Interestingly, that is something I actually wanted to do at the start when I set up Firefly, but I felt there were some barriers to achieving that.’

In the co-working days, Ben didn’t have control over recycling and other everyday things businesses can do to reduce their environmental impact. But now, Firefly is implementing new eco-friendly initiatives like planting a tree on behalf of every new client, switching to oat milk, and even trying out working from Anywhere to cut out the commute and reduce carbon emissions. 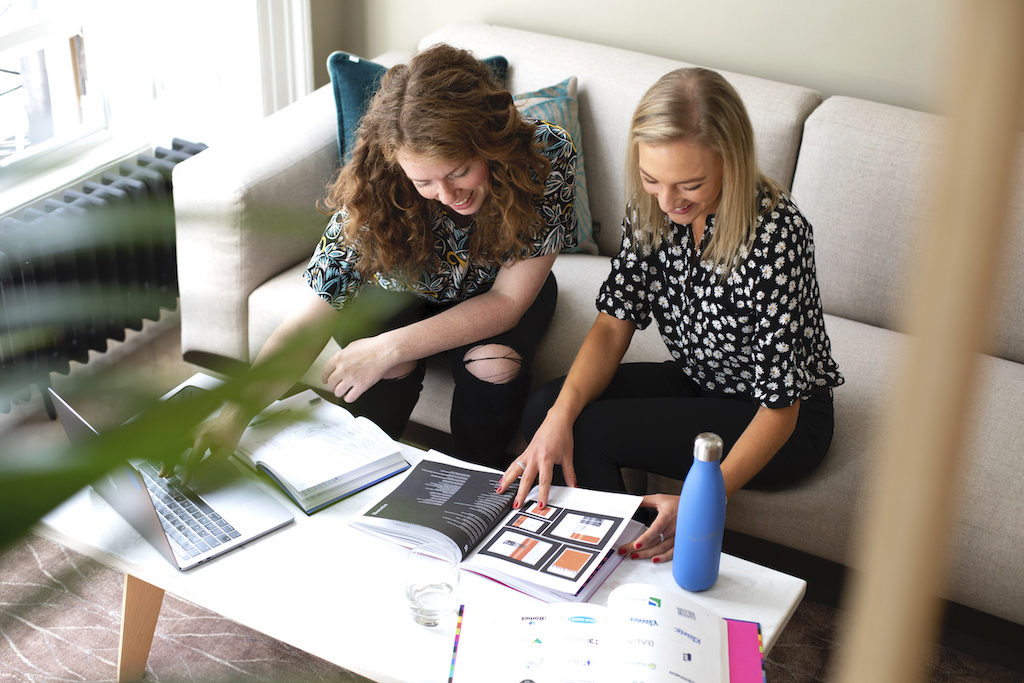 ‘I think the challenges that we faced related to equipment,’ he says. ‘I had to set up new computers, install new apps, and get the infrastructure in place that would allow the designers to have a laptop that they can take home of an evening and work at home with the next day.’

The main challenge for Firefly was finding a way for the designers themselves, not just the copywriters and account managers, to enjoy the benefits of working Anywhere when their equipment dictated a large desk and 27” visual displays.

The journey to Anywhere takes some creative problem solving, so how did the team overcome this hurdle?

‘What we have done for designers is tried to target a day at the start of the week for them to do concept work, sketches, draw up storyboards for a video,’ Ben says, ‘stuff that is much easier to do on a piece of paper with a pen rather than having your head in a laptop.’

When trying Anywhere work for the first time, it’s not uncommon for people to be reluctant and unsure.

Working in an office with a close-knit team where there’s laughter, creativity, and collaboration was what Ben and his colleagues relished. But now that Anywhere days are an option, the team discovered they could have the freedom and flexibility of working Anywhere peppered with regular meetups and collaboration sessions. 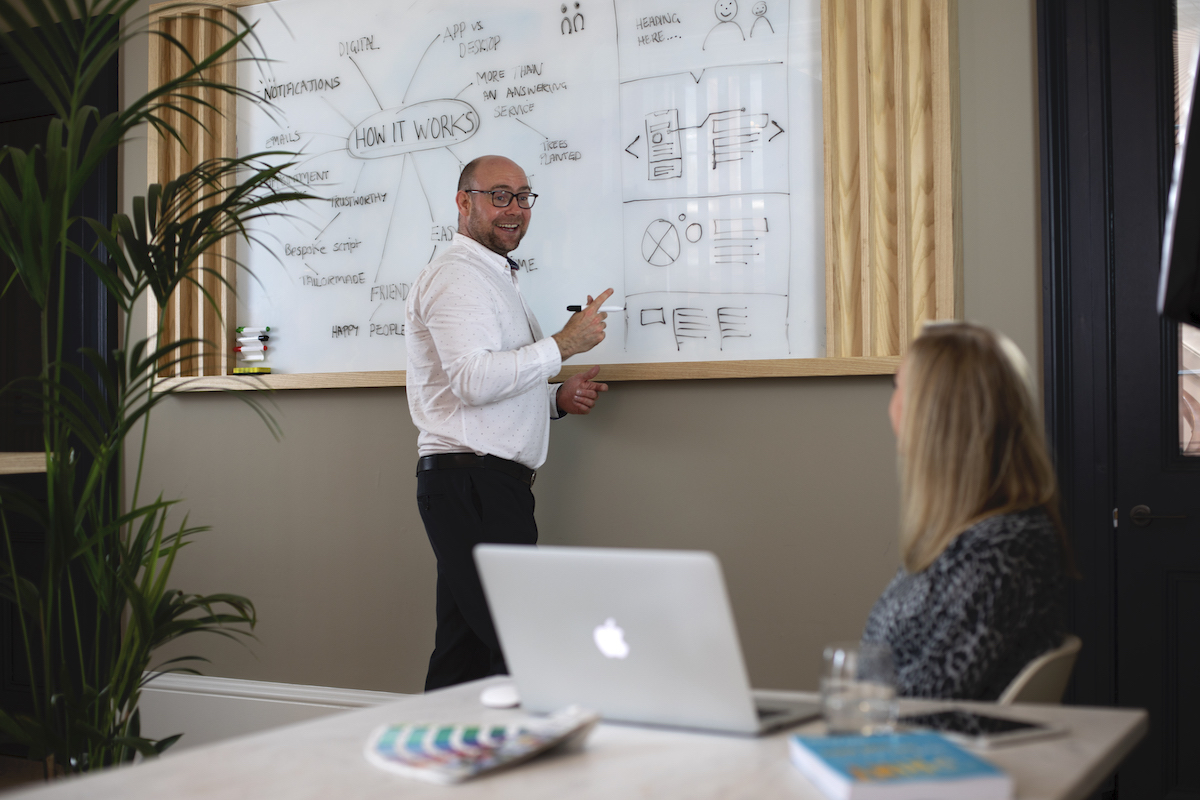 Now, with the right infrastructure in place, the team at Firefly is actively looking forward to their Anywhere days.

‘If you want, you can just roll out of bed at quarter to nine, have some breakfast, start work in your pyjamas, and get a shower at lunchtime,’ Ben laughs.

As the team went from dipping their toes to diving headfirst into Anywhere work, how was Ben’s own experience of taking work Anywhere?

‘I really enjoy it because I get my own time to file away or do things that I would maybe struggle to do at work like getting on top of my emails,’ he says. ‘A fresh scenario, a new environment, mixes things up. We’ve got a fun office, but sitting at home can be quite nice.’

‘Yesterday, I worked in the garden with the sun beaming down,’ he says with arms outstretched to the sky. ‘The ability to be able to work Anywhere is a real benefit to the team. I think we’re all in the pro-working-from-home camp now and all very happy to do it.’

As Firefly continues to embrace Anywhere work, the team is now looking to align their Anywhere days so they can close the office once a week. This will help them reduce their use of electricity and heating for their office. 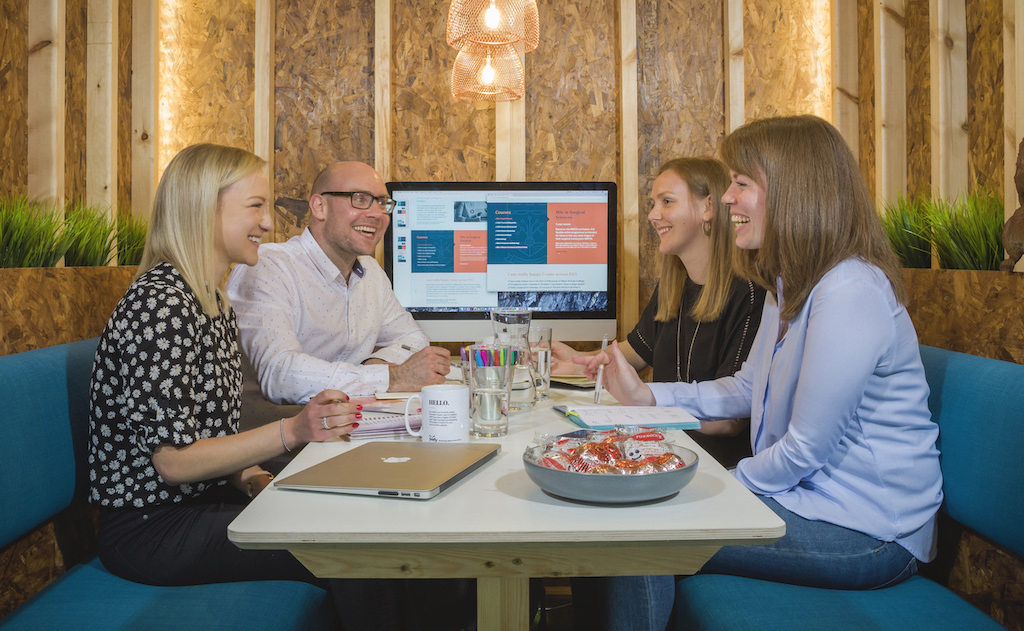 Firefly is proving that Anywhere work isn’t restricted to any one industry. While challenges inevitably pop up, Ben and his team have found that, with creativity and dedication, you can smooth out the kinks and transform a work culture for the better.

‘So far, it’s been great and I think we’re adopting Anywhere work to the benefit of the team,’ Ben says with a smile. ‘We want to keep moving forward with it and become as environmentally-friendly an agency as we possibly can.’