‘Well, we started off at the kitchen table,’  Travis Sorensen, CEO of Oddball, laughs as he joins us over a video call to talk about taking his company Anywhere. ‘You gotta go through that time, gritting your teeth, and spending hours in each other’s houses figuring it all out.’

Travis runs Oddball, a ‘strangely human’ digital agency, and human-centric design is their bread and butter.

The company was born at the kitchen table, spent its infancy in the office, and grew into Anywhere.

In 2009, Travis graduated from the University of Maryland and left the army, after joining while he was still in high school, with the hopes of taking his career in a different direction.

‘I decided, “Okay, I’m going to go out to California. I’m going to find a business partner and we’re gonna start a company and everything’s going to be great,”’ he says. ‘And I did that. I moved out there and I quickly learned that I didn’t know anything about tech.’

To bridge the gap in his knowledge, Travis spent eight months in Oakland, California talking to entrepreneurs and coders. His networking culminated in the realisation that to run a technology company or, at the very least, to be an effective salesperson in tech, he would need to learn the basics of coding. 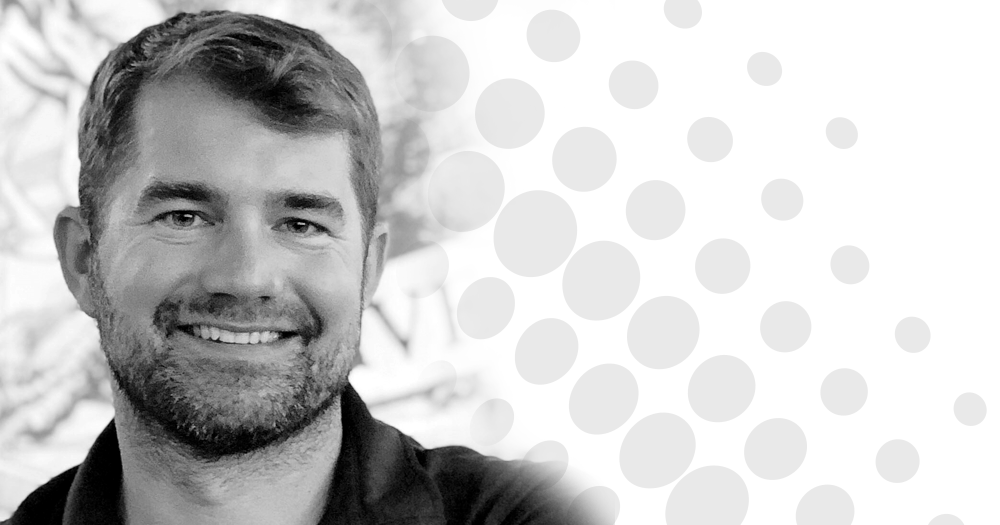 He enrolled in a coding boot camp at CodeSmith. ‘That is where I met Rob [Wilkinson], my business partner,’ he says. ‘He was the head instructor and, for my final project, I built a web application for schools.’ As they continued to work together, Travis and Rob eventually built out a book of business and started landing clients.

Launching your first business is never easy, and Travis admits it was extremely stressful, especially without investment. ‘It’s a bit like building a car as you’re driving,’ he laughs.

Like every young company, Oddball needed room to grow. The team moved into a small office where the three originals of the company would work at their desks, go out for coffee and lunch together, and have walking meetings.

While the office was much better than the kitchen table, they quickly outgrew that space, too, and new challenges reared their heads.

‘At first, it was the three of us, Ryan in Denver, and a couple of people in LA but not working at the office, so we were like a sort of hybrid company,’ he says. ‘Pretty quickly, it devolved into having a core company that worked at the office and these other contractor-types who weren’t invited to happy hours and weren’t feeling like they were part of the company.’

Many new businesses experience teething problems, from work culture and office politics to systems, software, and tools. But when a company transitions to work from Anywhere, a unique set of challenges demand attention. 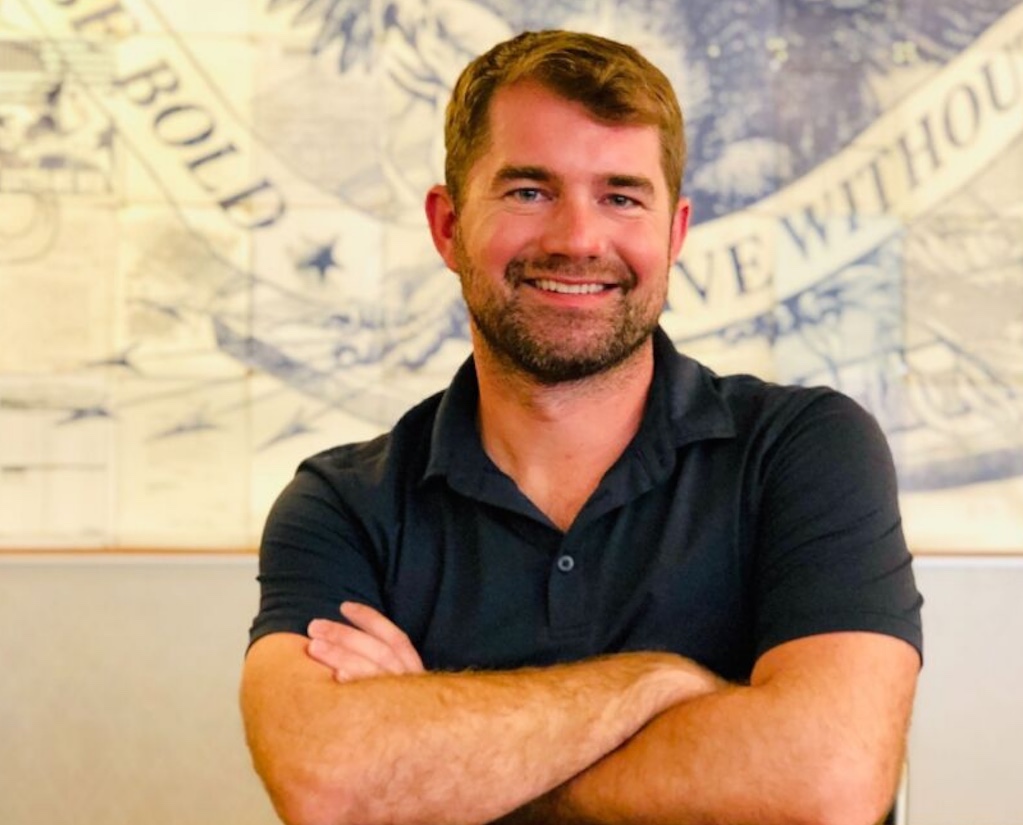 ‘Ryan wrote me an email one day,’ Travis says as his beaming smile fades for a moment. ‘It basically said, “This is the hardest email I’ve ever had to write. I have to leave. I’ve loved the work, I love you guys, but I feel isolated. I’m in my attic all day, I have no one to talk to. I’ve tried going for walks, but I’m just miserable.” And he left.’

Travis explains hows devastating this blow was for the team and talks about flying to Denver to speak with Ryan face-to-face over dinner.

‘The first time someone quits your company, it’s like they’re breaking up with you,’ he says. ‘My mentors always told me, “There are two things that are very important. The way you welcome someone into your company and the way you transition someone out of your company.”’

Learning from Ryan’s experience, Travis realised Oddball either needed to be a completely remote company or a co-located company.

The team focused on hiring remote workers in LA and would only work from the office one-day-a-week. This gave Travis and the rest of the core company a chance to work Anywhere so they could empathise with the challenges their remote employees were facing.

‘That worked really well,’ he says, ‘and eventually, there was a critical mass of remote individuals who were working and talking online all day. We were very fortunate with Ryan because a couple of months later, we spoke again. He was saying he wasn’t happy with his current job and he came back. And he’s still here!’

While Ryan’s story with Oddball has a happy ending, Travis took his departure to heart and learned the hard way that for Anywhere work to be successful, employees need a truly supportive, inclusive work culture.

Now that Oddball has gone from strength to strength, how does the company ensure their teams stay connected?

‘Twice a year, we do a company-wide retreat. Our last retreat was at Lake Travis, no relation to me,’ Travis laughs. ‘We take three days off work and fly the whole company out to a resort.’

At their bi-annual retreats, the company throws a welcome dinner, has a day of learning and workshops, and makes plans for the future.

To take a break from the grind, the team has the final day to unwind and have fun. At their last retreat, Oddball employees were treated to an escape room and rented boats on Lake Travis. 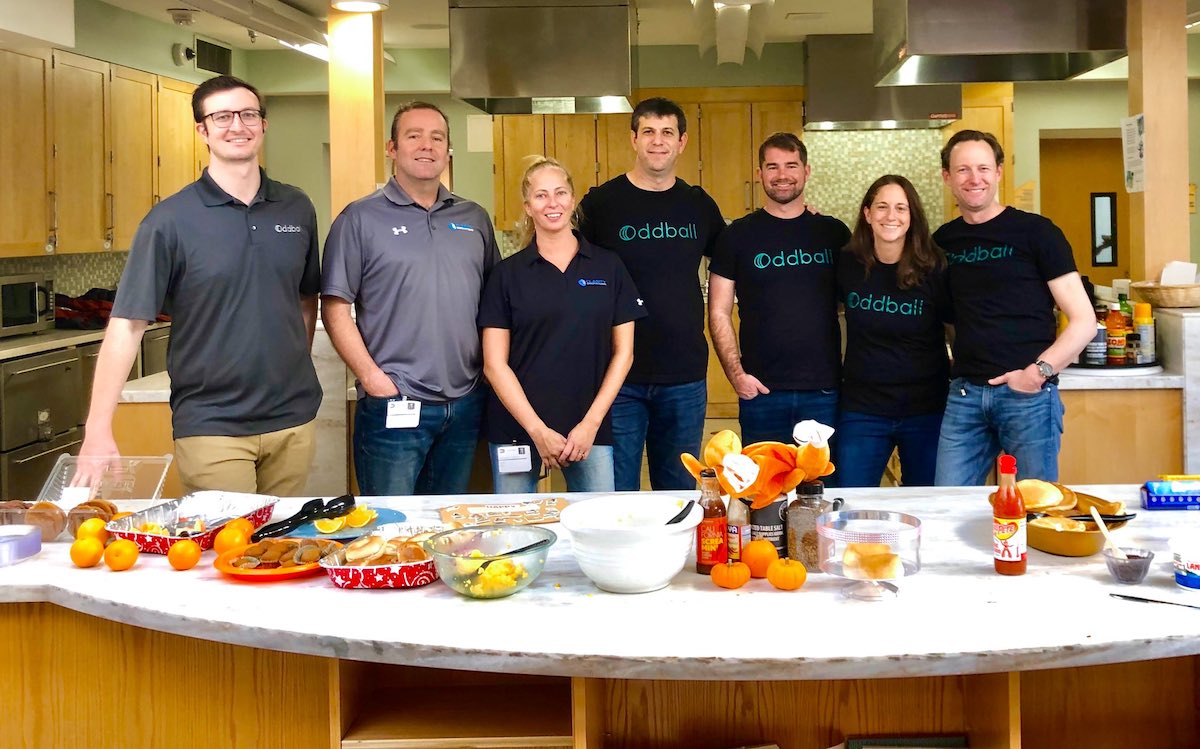 Travis is candid about the ups and downs of implementing Anywhere work at Oddball. So, what advice does he have for those thinking about trying it out for themselves?

He explains that there are two main aspects to consider. The first is how you personally will adjust to Anywhere work and the second is choosing which kind of company you want to work for.

‘I would say, if you’re going remote for the first time, it’s important to dive into a remote-first company, not a hybrid company,’ he says. ‘One of our employees told us that the worst thing is when you’re on a conference call with a bunch of people who are all in one room and it’s very clear that they have inside jokes. They go for lunch together and drinks after work and you’re just sort of on the periphery.’

When it comes to the personal side, Travis advises everyone working from Anywhere to work to find their work/life balance.

‘It’s important to be able to close your laptop and say, “Okay, work is done,”’ he says. ‘You need to build that structure into your life so you have that balance.’

By naturally evolving to hybrid flexible work, Travis and his team have cracked how to make working from Anywhere work for them. With regular meetups, both in-person and online, Oddball has shaped their culture into one that supports, includes, and truly values their employees.