404 Ink has a number of alternative collections and books under its belt including Nasty Women and Chris McQueer’s Hings.

With a sassy, no-holds-barred marketing strategy and a keen focus on social media presence, Heather and Laura started working from a spare room with the goal of publishing small but loud.

They tell us how they got started and how their business success wouldn’t have been possible without working Anywhere.

ON STARTING AN ALTERNATIVE PUBLISHING COMPANY

What made you decide to start your own independent publishing company? How did you make publishing Anywhere happen?

HM – Laura and I were working together on the Saltire Society’s virtual literary festival Scot Lit Fest, celebrating Scottish literature. We had known each other in passing for a while but this was the first time we had worked together and got to know each other.

We had both thought independently of starting our own company but neither took the leap – we quickly realised that our ideas and ethos aligned and that it would make sense to join forces.

Within weeks of the festival being over in summer 2016, we had registered the company and launched.

We had ideas around using crowdfunding, building communities around our authors and books, and using social media. We were tired of hearing that social media was a shop window and didn’t sell books; with that attitude, it certainly won’t.

Launch-wise, we registered the domain and put a call out on Twitter, looking for submissions for our literary magazine, which would be our first publication at the end of 2016.

Publishing has long lead times, so we had a good few months between ‘launch’ and the technical launch of our first publication to build up 404. 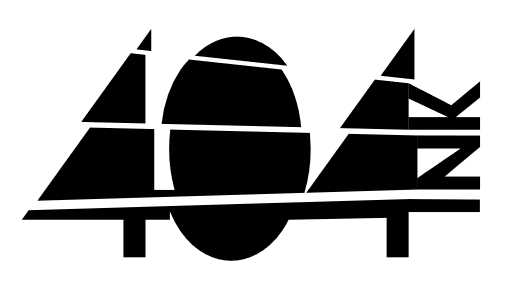 ON BUSINESS PROGRESSION AND MARKETING STRATEGY

The alternative model for 404 Ink is reminiscent of counter-culture publishers like Rebel Inc in the 1990s.

What makes 404 Ink different from other publishers out there today? How does publishing Anywhere impact on how the business has progressed?

HM – We’re super small, so we can be more reactive – that’s the biggest advantage we’ve found so far. We can take more of a punt than some publishers who need to explain their decisions to multiple departments and work to longer leads.

Nasty Women, for example, our debut essay anthology, was a reaction to the American election in 2016. We had the idea and published the book within four months, which meant we were months ahead of traditional publishing reactions.

We’re both freelancers, and so we’re very flexible in our roles. Between the two of us, we can do every part of the process from commissioning the book to typesetting, marketing, and so on – the only thing we always outsource is design because you can’t fake design skills. 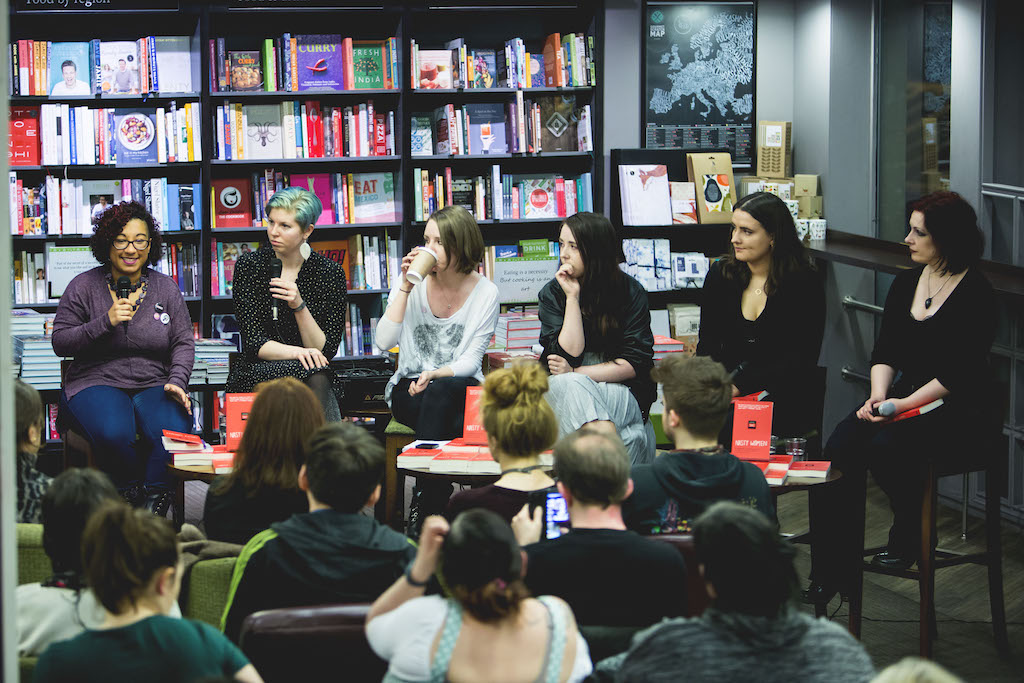 It means we know every part of the business inside out – when we commission a book, we talk practicalities on all levels, and if we both agree (which is usually the case) we can act quickly and get the ball rolling just as fast.

We also work remotely using Slack – our in-person days are increasingly sparse because, drawing from the freelance side, we work to our own schedules – this could be in normal hours, or in the dead of night.

Rebel Inc was a great influence on 404 Ink – Laura introduced me to them when we were working together – it’s a very cool and flattering comparison.

LJ – I’d add that what makes us different from other publishers is simply brand. We purposefully set out to establish an identifiable and attractive brand to a particular demographic (generally anyone aged 16 – 45 who is left-leaning and a sound person) while being ourselves. That is, we wanted to run a company and not compromise on our genuine character traits.

We’re quite antisocial by and large. We like quiet nights in. We like reading when we can. We like rock music and going to gigs. We like swearing and being honest when something sucks. A lot of publishing and the book industry sucks, once you begin to learn about the happenings behind the scenes.

We don’t put out a wholly negative brand, though, we just like to be a bit sassy and sarcastic on our social media and marketing which we’ve found resonates with a large number of readers. We’re pretty tired of cutesy photos of books in good lighting next to a perfect flat white and vase of daffodils, so we wanted to change it up a bit.

Very few publishers are identifiable by a brand (Penguin is an exception to the rule) and we wanted to stand out. Ideally, we want our readers to buy all our books, not just one, to create a kind of brand loyalty. That, of course, doesn’t happen all the time, but when it does it’s very satisfying and, we hope, a testament to what a little bit of transparency and sassy marketing can do. 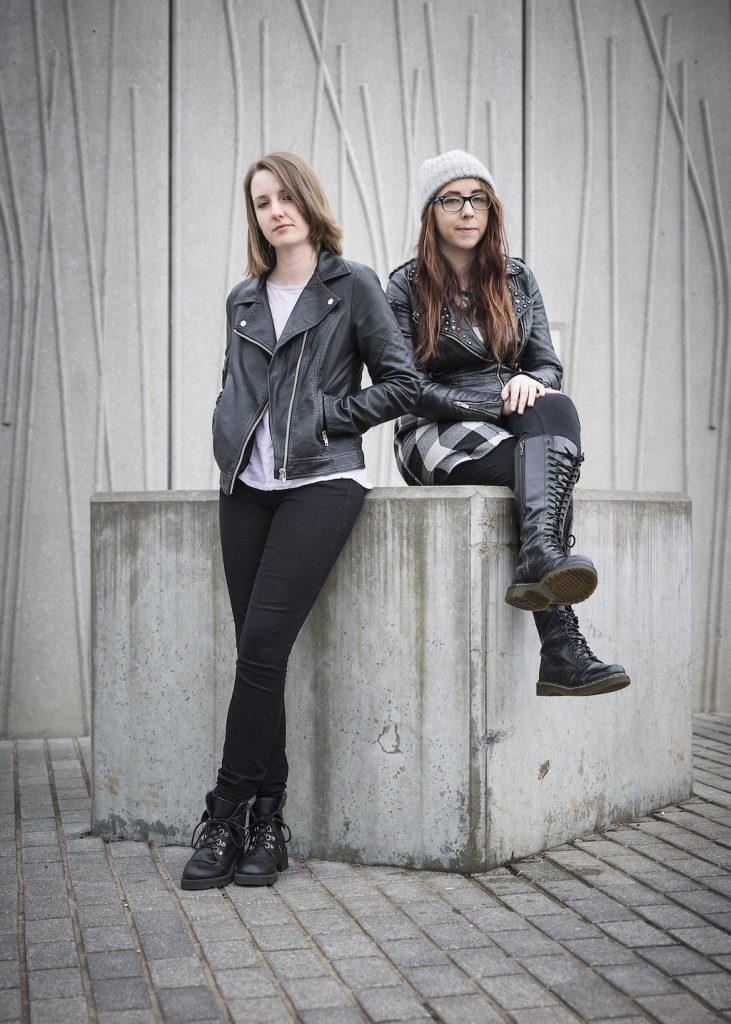 404 Ink has had tremendous success with Nasty Women and Chris McQueer’s Hings. When the business first began, did you expect it to evolve into such a renowned indie publisher?

HM – Not at all. We actually launched the company anonymously and naively thought we could maintain that indefinitely.

That idea quickly unravelled and we increasingly find people interested in our individual stories, which has flipped the anonymity on the head somewhat! We knew we wanted to be intriguing – that was it.

Our initial launch was literally a glitching website saying ‘Page Not Found… Yet’, and based on that alone people backed us on Patreon. We loved that – doing something a bit weird and seeing people react was about all we would have hoped for. Anything beyond that has been wild, but very exciting.

ON ANYWHERE WORK CULTURE WITHIN A SMALL PUBLISHER

You’ve described your business as two women working from a spare room trying to change the publishing industry for the better.

What is your work culture like? Do you think publishing Anywhere has allowed you to have more creative freedom and authority?

HM – Our work culture is that we work remotely on Slack from our respective homes/couches/beds and use epic to-do lists. We both have an ‘office’ now and try to use them more so the living room is actually a fun place. As freelancers, we both work flexibly and 404 fits into that.

We have catch-up days once every few weeks at least – usually grab an extra hour to chat before or after meetings – but we probably talk every day even if it’s just a quick ‘I’m doing this’, ‘Check this’, ‘Sign off on this’.

If we worked in a traditional office environment, or with ‘normal’ work hours, 404 wouldn’t be the same. We have different backgrounds (fast-paced journalism vs long lead time publishing) and our working can be as erratic.

I want to do stuff immediately; Laura sensibly tempers my expectations. We have flashes of loads of 404 work, and some slower times – the 9-5 doesn’t suit that for a company of our size.

We honestly don’t know how big 404 would have to get for us to switch over to it. It feels very unnatural to both of us, and 404 in general – we like being small, fully in control, and outsourcing to freelancers and contractors as needed. 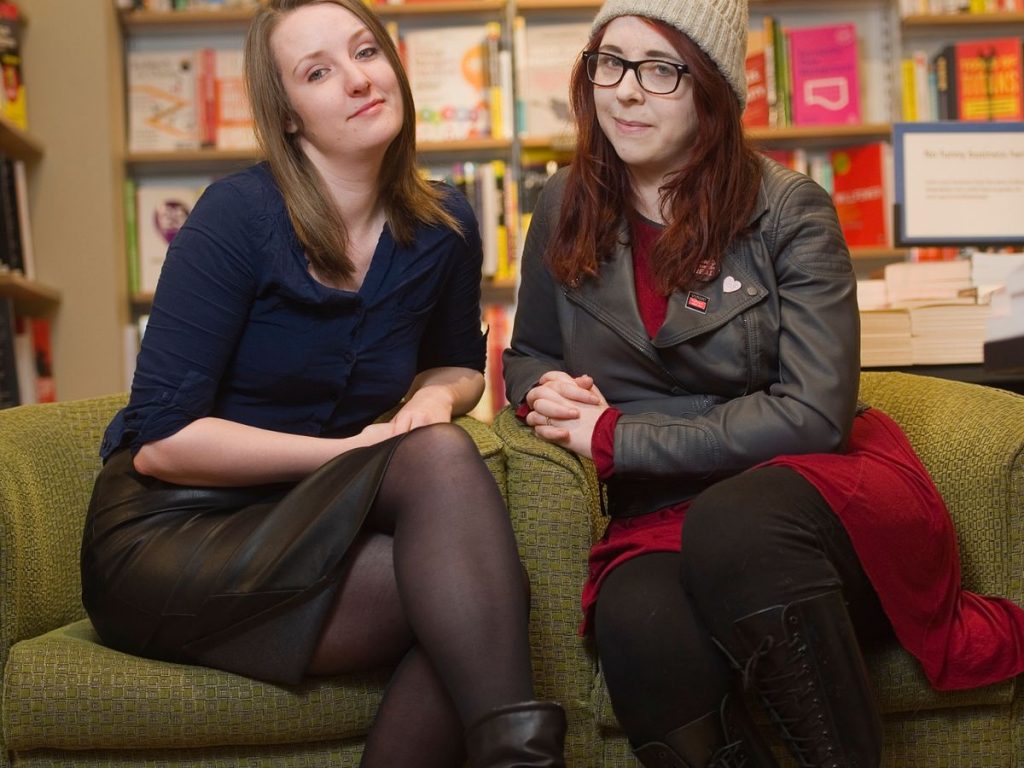 LJ – My personal work culture has altered a small bit as I recently moved and now have a designated office room/space with a desk, desktop computer and all that professional stuff I didn’t have before. (Also my laptop started dying which necessitated an upgrade, much to my bank account’s despair.)

This is largely so I can separate my working day into ‘work in the office’ and ‘play Assassin’s Creed on the sofa at night’. I have a strict ban on any 404 Ink books or paperwork being in the living room, so I can have a space to switch off completely.

While we do have more creative freedom and authority by being able to work Anywhere, it also opens up the unhealthy ‘oh, I can just check this now, it won’t take a second’ and you’ll find yourself suddenly answering a couple of emails and you’re down a productive rabbit hole when, really, you should be having that essential time off.

With great freedom comes a responsibility to look after your downtime more preciously and that’s something we’ve both learned the hard way and are trying to implement a little better. 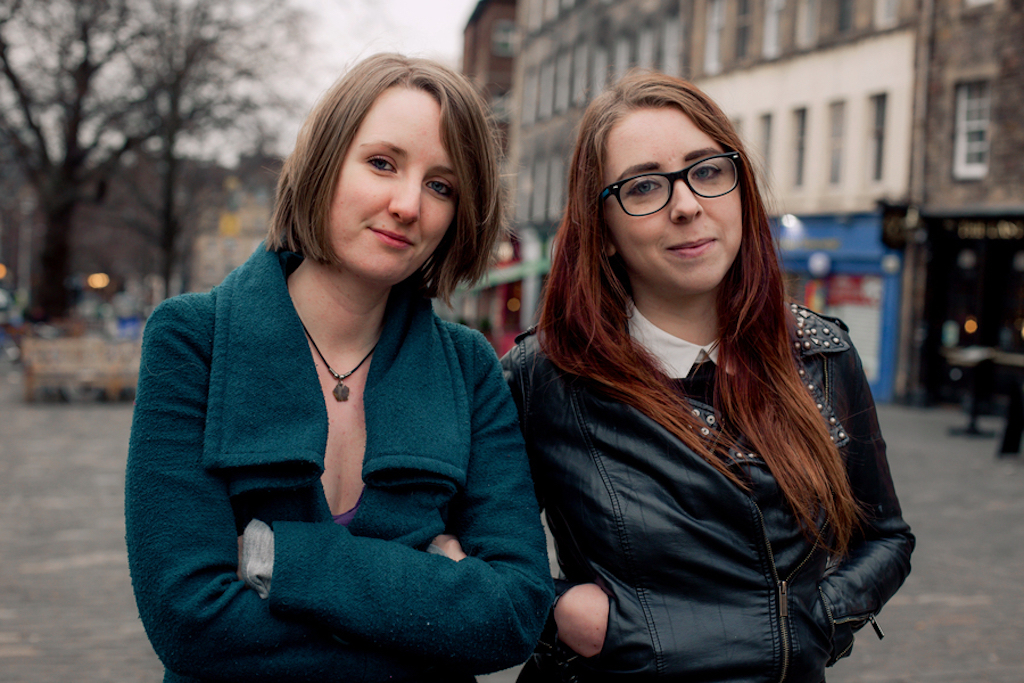 ON PUBLISHING ANYWHERE IN 2018

HM – To calm it down. It sounds a bit backwards, but 2017 was so wild that we’re still catching up on a lot of the back end stuff. We want to calm it down, smooth out our workflow, plan ahead, make 404 sustainable, keep it fun – last year was amazing, but it very much crushed both of us mentally (our blog ‘We are tired af’ outlines this quite well).

The most important thing is that we don’t want to rely on the buzz of 2017 – that simply won’t last. For us it’s about working out how to make this last book after book, grow sensibly, and make this a sustainable job for us, and company going forward – it’s also about finding a better work-life balance for ourselves than 2017 allowed for.

Title-wise, we recently published Helen McClory’s new flash collection Mayhem & Death and republished her award-winning debut On The Edges of Vision. In June, we publish our first graphic novel in collaboration with BHP Comics – We Shall Fight Until We Win, celebrating a centenary of pioneering political women. We have more lined up for later this year, to be announced!